Prior to establish a company, we studied the existing char burning processes, created prototype kilns of next generation, carried out experiments and trials using own pilot units for three years and this opened our eyes to the wood pyrolysis processes not only scientifically, but also from a practical standpoint. We did not work at random, but studied the obtained results, built charts, studied interrelations between the processes, made calculations and pursued the set goal – create a kiln, which can be called really and rightfully as the “dream of charcoal burners”.

Hundreds of wood cubes were charred in the prototypes and about two hundred tones of high quality coal were received. Based on our experience, we created own concept of the charcoal burning kiln. This was followed by a decision to establish Synergy-Dream aimed at charcoal burning equipment. Having studied the economic component of coal production, it was decided to manufacture kilns with a capacity of 60 to 70 t of coal per month. This is the capacity that allows starting the profitable business. Based on our own experience in charcoal burning and dreams of other charcoal burners, we started designing a prototype of ModEco 4-60 charcoal burning kiln immediately after the company establishment. In a half a year, the pilot unit started coal production.

Continuous operation of the pilot unit resulted in the reception of above 600 t of coal and broad picture of its strength and weaknesses. Having studied the pilot unit weaknesses and having made some changes in the kiln design, we started manufacturing three experimental prototypes.

This was an incredible breakthrough in quality parameters of charcoal burning kilns manufactured by our company.
The experimental prototypes differed from the pilot ones by the following:

Our subsidiary Carbon Trading (carbontrading-ua.com)produces charcoal using ModEco kilns. It is a strategic facility for equipment testing and use by Synergy-Dream. We do not sell kiln designs, we manufacture and sell kilns operated by ourselves.

Our principles include high quality at all stages of kiln manufacture, individual approach to each customer, honesty and openness, and drive for long-term cooperation. Cooperation with us will be only advantageous for you. We are ready to answer all your questions and proposals. 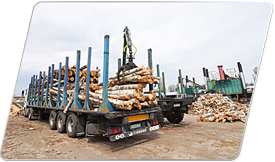 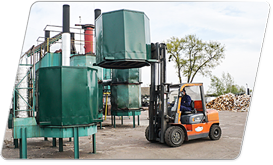 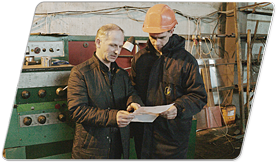 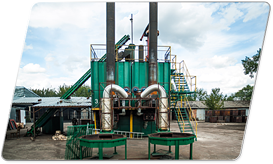